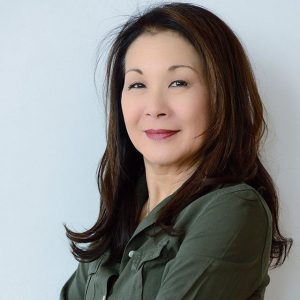 Throughout her career and practice, the healing powers of human movement and expression have always inspired Mariko Tanabe. Now, after more than a decade of training and preparation, her dream of offering the Body-Mind Centering® Licensed Training Program in Montreal is a reality.

A Certified Teacher of BMCSM, Mariko began her training with Bonnie Bainbridge Cohen, the founder of this work. Mariko has been on the faculty of the licensed training programs in France (SOMA) and North Carolina (Kinesthetic Learning Center), and completed her BMCSM Teacher Training requirements in Germany (Moveus).  She is also an Infant Developmental Movement Educator and Yoga Teacher.

In addition to her BMCSM training, Mariko brings her experience from her more than thirty years as a dancer, teacher and choreographer.  She worked with American Modern Dance pioneer dance master Erick Hawkins in NYC as a principal dancer, teacher and rehearsal director. Renowned for her electric stage presence, Mariko has performed her choreographies globally, and as a guest artist, teaches workshops to dance companies, and at art centres and universities internationally. She mentors emerging and mature artists as well as choreographers, and maintains a private practice working with a variety of individuals.

With her unique combination of training in BMCSM and dance, Mariko continues to explore her passion for movement and the transformative and creative potential of the human body and spirit.

For more info on Mariko : www.marikotanabe.com 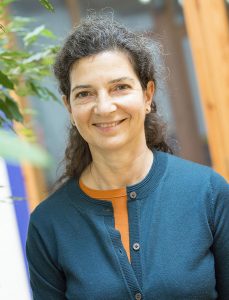 Janet Amato is an established dancer, choreographer, and certified teacher of Body-Mind Centering® and IDME. She also has a diploma in Pilates and Reiki. Janet lives in Paris where she teaches and continues to research and practices as an independent dancer, producing creative performance projects. Her artistic development was influenced strongly by her collaborative and professional encounters with Jérôme Andrews, Solange Mignoton and Bonnie Bainbridge Cohen. Since 2005 Janet has taught BMCSM in Germany, Italy, France, the United Kingdom and joins Esprit en Mouvement in 2018. 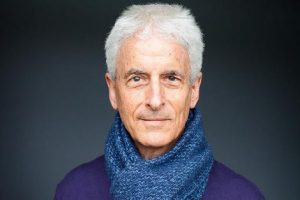 Erik Bendix is a certified Practitioner and Teacher of Body-Mind Centering® and an AmSAT-certified Teacher of the Alexander Technique. He studied BMCSM with Bonnie Bainbridge Cohen in the 1990s and at SOMA in France in 2012. He trained in the Alexander Technique in the 1990s with Frank Ottiwell, Joan and Alex Murray, and Walter Carrington. He has taught on training courses in both disciplines, represented both at conferences around the world, and co-leads workshops on experiential dialogue between the two with Myra Avedon. He developed his own Ease on Skis method of ski training which he has written a book about and now filmed. He also developed a collaborative workshop series on scoliosis called the Learning Curve. He writes poetry, translates from German, designed his own log house, and is best known as a folk dance teacher. He lives with wife in Asheville, North Carolina. 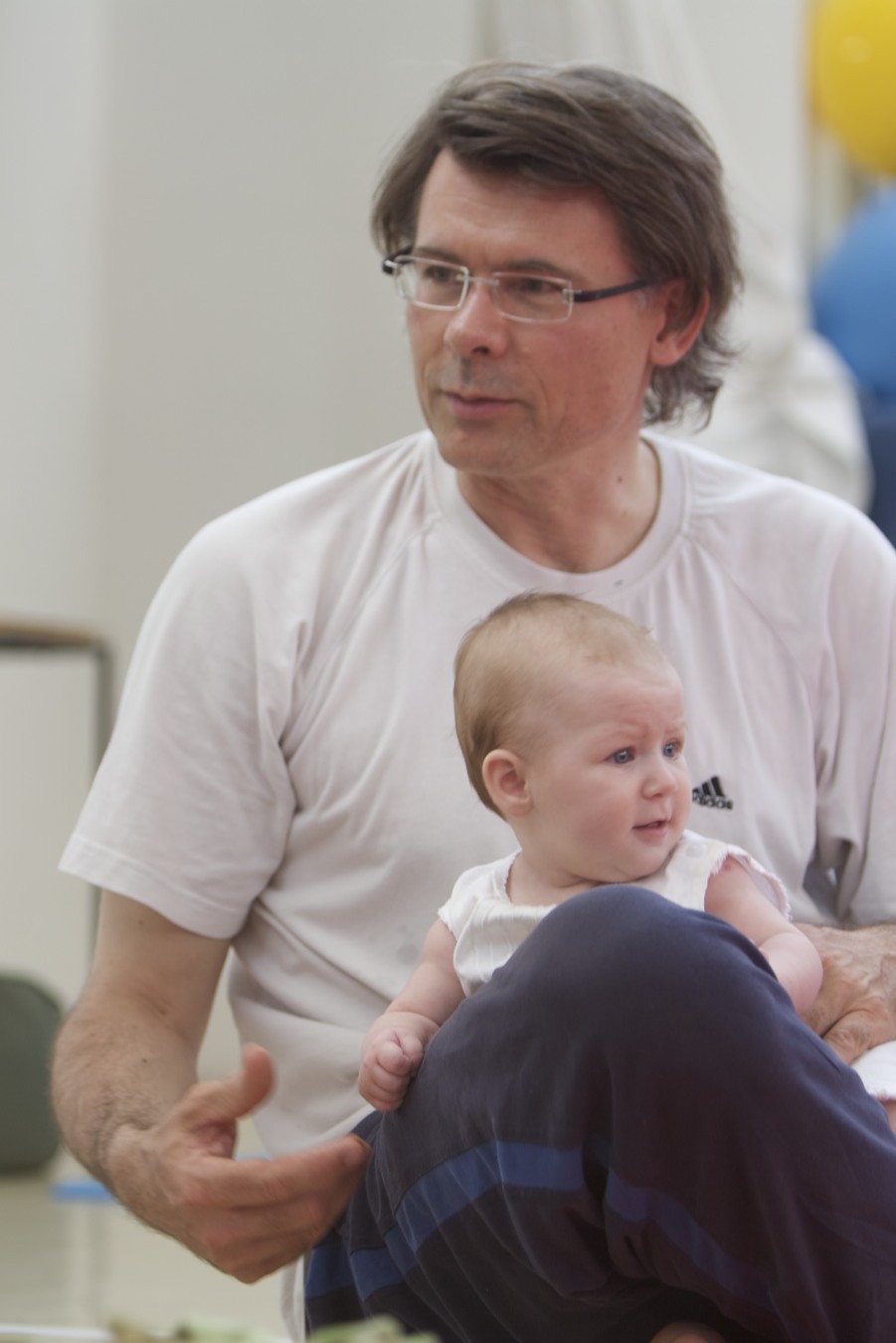 Thomas is a Certified Teacher of Body-Mind Centering® and an Infant Developmental Movement Educator (IDME). He is currently co-directing the IDME, SME and Practitioner Programs in France and Italy. He is supervising and mentoring the development of BMCSM programs worldwide, including in Quebec. He studied many years with Bonnie Bainbridge Cohen working with babies and children with challenges. He is one of the main initiators and collaborators in the European project SPARKS, which applies BMCSM in the field of special needs. He is specialized in working with dancers and musicians, as well as adults and children with neurological and neuromuscular challenges, with children and their families with special needs – and with children in the autistic spectrum. He lives and works in Italy and France.

Certified Teacher and Practitioner of BMCSM
Lulla is a choreographer and director of her company Astragale in Besançon, France.  She trained for over twenty years in somatic practices, most notably graduating as a Certified Practitioner (1999) and Certified Teacher (2006) of Body-Mind Centering®.  She is Co-director of the BMCSM  Practitioner Program in France, and Co-ordinator of Esprit en Mouvement’s  Somatic Movement Educator Licensed Training Program in Quebec.

Following her intensive years of training of BMCSM in the United States with Bonnie Bainbridge Cohen, Lulla has been leading her own research in France and Europe while offering many workshops and trainings.  As a choreographer, she explores this practice with questions around the body, of being alive and human, and about how movement is originated.  For many years she has explored Contact Improvisation and Spontaneous Composition, and also has created many choreographic works in which she integrates the elements of sound, image, voice, architecture and painting.

For more info on Lulla :  http://compagnie-lullachourlin.com 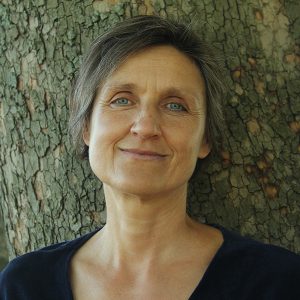 Walburga is Certified Teacher of Body-Mind Centering® (BMCSM), a registered (by ISMETA) Somatic Movement Therapist and Educa­tor™ and an Infant Developmental Movement Educator™ (IDME™). She has  further trainings in Cranio-Sacral-Therapy and Lymphatic Drainage, in different techniques of New Dance, Action Theatre, Butoh, T’ai Chi, and Tango Argentino. Her first career before becoming fully dedicated to BMCSM was in law and she is holding a PhD in Law.

She lives in Berlin (Germany), teaches internationally, mainly in BMCSM Certification Programs around the world, and is the director of two licensed BMCSM and IDME Programs in Europe. In her work both with adults and children, the concrete freedom of non-judgemental exploration and the philosophy and poetry of the body have become her focus.

Bob began studying Body-Mind Centering® in 1984 with Maryska Bigos. In 2007 he supported her in founding and through 2011 the management of the Kinesthetic Learning Center (KLC). Bob became a certified practitioner (1990) and teacher (2002) of BMCSM who has been teaching experiential anatomy and physiology in schools of massage therapy and somatic programs for twenty-five years. His interest and practice of yoga led him to receive an Integral Yoga® teacher certification and become a frequent BMCSM guest teacher with Bonnie Bainbridge Cohen in BMCSM Embodied Anatomy & Yoga and Embodied Developmental Movement & Yoga certification programs in United States (Amherst, MA and New York City).

Bob began studying and practicing Qigong in 1992; holds a teacher certification from Supreme Science Qigong Center and integrates the principles of BMCSM into his classes. He brings an improvisational theatre background, including ten years as a professional, to the experiential learning process of BMCSM. His lightness and fun in the classroom is grounded by his degree in Biology (1980) and his ongoing studies in science and nutrition that support his understanding and ability to clearly communicate the anatomy and physiology of the body. He served for fifteen years in committee and board roles for NCBTMB and currently maintains a private and group practice in health and movement integration.